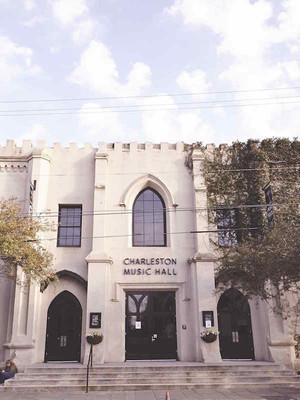 If you're happy to travel

You can catch Dwight Yoakam at Charleston Music Hall in Charleston, showing Jun 23, 2022

Dwight Yoakam is also touring to:

...a singer whose ironclad alloy of rockabilly, Bakersfield worship and British Invasion pop has long made him both a postmodern preservationist and a progressive misfit in country music.

Alert me on return

The young whippersnappers of modern Country owe a lot to Dwight Yoakam. Once shunned by the Nashville elite, the pioneering singer-songwriter is credited with paving the way for Country music's acceptance in the mainstream. His 'hillbilly honkey tonk stylings' earned him a following of fans that called themselves 'Cow-Punks' in retaliation to the polite Country Pop of the late '70s.

It wasn't long before Hollywood came calling and along with international recognition came 5 Billboard number 1 albums, 12 Gold and 9 Platinum records as well as 2 Grammy Awards. With his cowboy hat tilted at a rakish angle, the 60+-year-old has still got the spark that has electrified his stellar four-decade career. The veteran's vocals are as smooth, earthy and soulful as ever, with a dose of that Country twang thrown in for good measure!

Drove 2 hrs up to Albany to see Dwight and his band. I enjoyed his show... more

I have always been a fan, but this was my first time of seeing Dwight... more

Read all reviews Write a review

Sound good to you? Share this page on social media and let your friends know about Dwight Yoakam at Ruth Eckerd Hall.