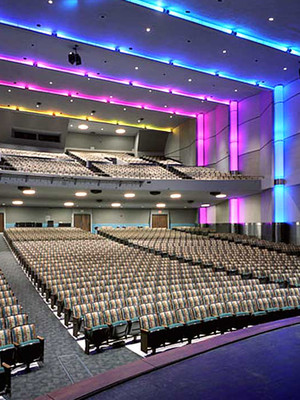 If you're happy to travel

You can catch Allman Family Revival at Ovens Auditorium in Charlotte, showing Dec 6, 2022

I like having artists that knew Dad, played with him, maybe were an opening act, or were really influenced and inspired by him

Alert me on return

The legacy of the Allman Brothers Band is kept aflame in this exciting full-length tour featuring a veritable who's who of blues-rock artists, consisting of, Donavan Frankenreiter, Maggie Rose, Larry McCray, Jimmy Hall, Alex Orbison, and The River Kittens and many more joining on select shows. They'll be hitting the road alongside The Devon Allman Band - the popular group who play original tunes and their father's greatest hits - made up of Allman Bros progeny including Devon Allman, Duane Betts, and Berry Duane Oakley. This is one event fans won't want to miss!

Originally devised as a one-off show to commemorate Gregg Allman's 70th birthday in 2017, The Allman Family revival is now bringing the show to venues across the country, allowing the celebrations to continue over many years.

Sound good to you? Share this page on social media and let your friends know about Allman Family Revival at Ruth Eckerd Hall.